We know that biodiversity is important for the stability of the planet systems. The use of herbicides and pesticides damage beneficial insects, soil micro-organisms, birds, amphibians and plant diversity.

Use of glyphosate (the most commonly used herbicide) is fiercely opposed by campaign group, Wild Justice, who advocate for a better deal for British wildlife. They wrote to 43 local authorities last summer to ask them to limit the use of this chemical and shine a light on the harm they do to the environment.

The Cambridge City Council declared a biodiversity emergency in May 2019, yet these harmful chemicals are still widely used in the city to control weeds on roads, pavements and tree pits.

So what are the other problems linked to herbicide use? They also pollute the air, ground and water, and they have the potential to harm human health, especially children and the more vulnerable.

The city council has launched a biodiversity strategy for consultation, open until 17th October, and it contains a section on herbicide /pesticide use.

Please respond to the city council’s consultation, as there is a section about herbicide and pesticide use.

Take part in the consultation

Picture from Cambridge’s own mysterious ‘Rebel Botanist’, who has been chalking pavements in Cambridge to spread appreciation of urban flora since April 2020. This work was inspired by morethanweeds.co.uk.

Herbicides and Harm
This is a community post from Cambridge Doughnut Economics Action Group and may not represent the views of the group as a whole. 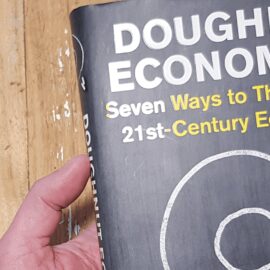 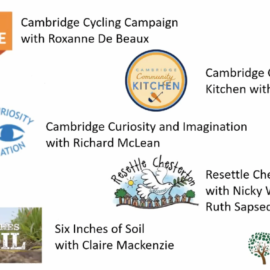 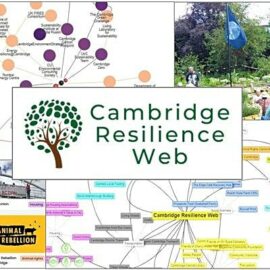